The Afrocentricity and Olmec Predicament 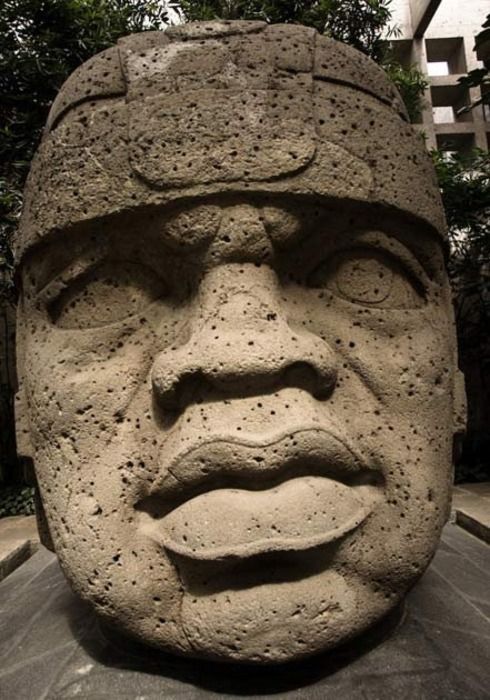 It’s often  my experience that when positively exchanging with Black relatives about social justice and like cultural & community empowering topics, eventually comes the “The Olmecs were from Africa” or other similar incorrect Afrocentric claim on Indigenous history and identity.  For those unaware the Olmecs are considered to be the “mother culture” of Mexico and Central America. Knowing my history and culture very well  I always attempt to correct their misinformation in a good way but usually to no avail. The end result is a once promising connection turning to shit.

That bothers my heart.

This Afrocentric misinformation must be dealt with in good and skillful way. If this afrocentric misinformation were kept to only a few fanatics  I wouldn’t be writing this. However, that is not the case.  Unfortunately there are many of our Black relatives who espouse this misinformation and am confident that most native activists are allied with them in our social justice and cultural circles. I feel this ideology is not healthy to our movements and something we should be mindful of.

It is often my experience, as well as other natives who find themselves in similar scenarios, that once you respectfully challenge this brand of Afrocentric misinformation you are quickly assumed to be “anti-black.”  Let’s be clear tho, the issue is not that there can be a tangible connection between Africa and Mexico, many don’t give the Ancients enough credit and it is therefore a possibility. Nor is the issue with the many Black Africans that have integrated into Indigenous societies of this hemisphere over the past 500+ and contributed to the collective culture. Rather, the issue lies more with bold and supremacist like claims about (Black) Africans being the true “Native Americans” of this hemisphere, referring to the true Indigenous Americans pejoratively, and also claiming they are responsible for all the architectural, scientific, and spiritual legacies of the “Americas.” Some might be quick to jump at at my use of such a strong word as “supremacist” but one merely needs to explore and respectfully challenge any of the numerous online forum sites that espouse such misinformation and witness this disturbing language for themselves.

Our Relationship with Black Relatives

There is much emotional fire for Black and Ndgns people when debating this topic. Our history, identity, and traditions are the doorway to healing  the spiritual, psychological, and emotional  damage wreaked on our nations by European/Christian colonization.  In the midst of this passion we must ensure our debates remain more of a heart-to-heart, relative to relative type conversation rather than the “I’m right/You’re wrong” fire breathing dis fest that normally takes place.

In our urban cities Black and Ndgns people (Mexican communities most specifically) already have a fragile relationship; it doesn’t need to be setback any further. It is critical for all to be mindful of our emotions and really think about the bigger picture. The bigger picture being to build stronger relationships and stronger communities to unify our efforts for collective social justice and nation building goals.  It is important to stay grounded in our Ndgns cultural and spiritual worldview of treating others as relatives even in moments of disagreement.

It is my experience based both on internet and human interaction that, while there are many real people who espouse Afrocentric-Olmec misinformation, there are also many provocateurs set up to exploit the beef.  We would be naïve to think our adversaries weren’t keeping tabs on us, and finding ways to subvert our movements.  When I chime in to correct false information on videos or articles that I know are bullshit I often run into people with questionable profiles. You know, the ones with an exaggerated African or Native name with a bunch of culture related images yet no pic of themselves. If there is a profile picture the image looks very questionable. Sure there are Black & Natives that dislike each other but we can’t give fuel to that divisive energy nor let adversaries exploit the differences that do exist. Be very mindful of online personas inciting hateful comments and energy into these debates.

‘Afro’ is reference to Africa and ‘centrism’ which is basically to say that one is centered in things African. Given the literal root meaning nothing is wrong with being centered in the African way. However, due to those groups robbing true indigenous peoples of their history, identity, and culture, the term ‘Afrocentric’ unfortunately takes on a negative connotation. Even though are too many afrocentric groups of this brand to name, one thing they all have in common are bold, self-exalting, and hierarchic claims over  Native-Indigenous history and identity.

They assert claims of (Black) Africans being the creators of all Mesoamerican civilizations, temples, and sciences, etc.. Many of them also claim they originated all Indigenous “American “civilizations of this hemisphere. The book most reference is Ivan Van Sertima’s “They Came Before Columbus.  Also referenced are bogus authors such as Clyde Winters and David Imhotep. There are too many claims to list on this piece but a quick Google search will provide you with a good scope. I don’t think many Indigenous history defenders are far off when they label it a form of Black Supremacy. We know their claims on Indigenous history and identity are ridiculous and I’m sure most would think they wouldn’t merit many subscribers but that is not the case, there is a large disturbing movement taking place and it needs to be addressed. 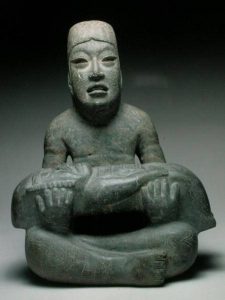 Thier theories are disrespectful and hold no merit within any Native-Indigenous community. These Afrocentric theories have no correlation with, and zero input from, true Native peoples.  This Afrocentric paternalism is identical to that of white “experts” who negate input from the very people who’s culture they are studying. All this condescending behavior results in defensive reactions from real Indigenous folks, and rightfully so.

This misinformation is mad viral and is well spread on the internet. Sadly, much of it is even propagated by our own Native people. I can only assume the reason they promote Afrocentric misinformation is because either they are not well versed in their own history or wish for shortcuts for bridging Black and Brown relations.. unfortunately at the expense of our history.

The Afrocentric claims on Indigenous legacy are symptomatic of a Linear/Hierarchal Mentality. A linear mentality creates an environment of unhealthy competition where one views themselves, or aims to be, superior to the next person. This can take blatant or subtle forms. They say that “Hurt people hurt people” and that seems to be the case here. Afrocentrics in their work to restore themselves and their nation have taken on the colonizers trait of Linear thinking by trying to place themselves superior to other people.

Black & Brown Unity, Yes- but not at the Expense of Respect

On the angle of linear mentality, it is also to our experience that many strong Black social justice organizations subscribe to this hierarchical mentality. In the mid-2000s I would frequent Nation of Islam (NOI) mosques with a Native organization I was with at the time. They are very strong, beautiful, and admirable people. The had a lot of beautiful words and sentiments of peace & unity toward the Brown/Red nation. However, my observation was that THEIR peace & unity was dependent on the notion of  Black-Africans being our superiors and the creators of our Native-Indigenous civilizations. They didn’t state this outright during the events I partook but the inferences are not hard to catch.

Unfortunately, it is our experience that our Black allies who espouse these false notions are very commonplace within these organizations trying to build Black & Brown/Native unity. They want to build and unite which is great but this Black hierarchy mindset, whether blatant or subtle, is often the basis for this proposed “unity.”  Surely there is a more righteous and truthful basis for us coming together.

Some say they don’t take these Afrocentric claims and activities serious, that they are akin to “Ancient Alien” fanatics. However, unlike Ancient Alien type fanatics, the Afrocentrics who hold these supremacist beliefs work with us in our social justice movements and education circles. Even our own Brown / so-called “Latinx” and Native people propagate this misinformation or are reluctant to confront it at the risk being called racist or “anti-black.”  Many influential “conscious” music artists also espouse these false notions in their music.

If our Native youth were not struggling with violence, drug addiction, and suicide,  which is directly tied to their history and identity then perhaps this Afrocentrism misinformation wave would not merit much concern. However, that is not the position we find ourselves in.  The social struggles of Black & Brown/Native people overlap in almost all areas. To ignore this abuse of our ancestors’ legacy and not give it the proper attendance it deserves is to gamble with not only our Indigenous culture reclamation, community justice, and unity goals but that of of our Black African relatives as well. I don’t have all the answers but I do know it can and needs to be resolved in a firm but loving way.