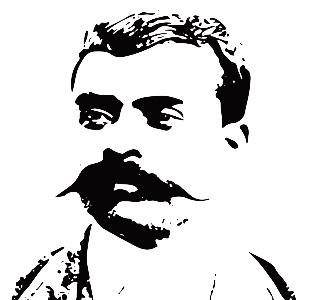 I don’t know who the original  author(s) of this Zapatista Theory document are  but it is a very educational read for anybody.  I received it as part of a flyer so I’m not sure where it sourced from exactly but..Enjoy. As we have stated before, the five sources of Zapatista theory are: political economy, national reality, other struggles, political positions of the organization and practice. Out of organizational practice come the human relationships necessary both to carry out a work program as well as to live by the ideals which the organization proposes to pursue.

If people are to team from that practice there must a regular, consistent, and objective evaluation of the work of the organization. This process of “evaluation” occurs in different ways. It takes the shape of progress reports of the organization to the membership, decision-making processes and planning at many different levels. It must also occur at the individual level. This takes the form of criticism/self-criticism.

When this process is carried out honestly and consistently it allows the organization to deal with problems caused by individualism. No organization can subsist, consolidate or develop without dealing with its own errors. In addition to the external problems which must be overcome there are internal errors which an organization must overcome. If this does not happen, these errors “gnaw away at its integrity”, and the organization caves in from within.

The problems of individualism are the products of the dominant ideology. Every human being brings with him/her habits, lifestyles, attitudes and cultures which are profoundly individualistic. Since the strength of an organization comes from the strength of its agreements for action, in other words, from its unity, its ability to act collectively; these individual problems must be confronted.

Generally, there are four principal roots of conflict in an organization: A) Activism – This is manifest when study is abandoned and rejected and there is a complete surrender to practical activity. The militant is thus unable to understand a series of situations which he or she will confront and which could have been dealt with from the basis of scientific theory. Since they have abandoned study, they are unable to understand these Problems. This causes confusion and demoralization. This problem is also expressed in the glorification of particular and isolated experiences gained in practice with which the militant believes he or she can dominate all the knowledge necessary for the organizational process.

B) Dogmatism – This is the opposite of activism. The militant dismisses all practical activities and wants to abide only by what is in books. Those who hold this attitude believe they are self-sufficient. They believe they are more qualified because of the books they have read. Their knowledge is limited because it has never been tested in reality and no one knows how it will apply to the reality they are trying to change. Dogmatism makes the participation of these individual even more difficult because their distance from practice never challenges their ideas.

C) Subjectivism – This is the tendency, to personalize things, to allow the imagination and the emotions free reign. A militant looks at his or her actions, perceptions, and opinions and puts them above, makes them more important, than any organizational or political context. He or she personalizes problems and cannot see how they are connected to the organizational process. There are certain laws which govern the development of an organizational process;

1. As long as an organization keeps its political objective, it tends to move forward, to progress and to mature.

2. Each task and each activity is intricately tied with all other activities and all are important.

3. The work will always have problems and contradictions. Each problem which is solved will create or cause another.

4. When the work accumulates for a long period of time, a notable change or progress may not be apparent. Suddenly, it accumulates in such a way that there is a radical shift from one stage to another.

When a militant ignores, does not understand, or refuses to use these scientific laws he or she is subject to SUBJECTIVISM.
There are three other negative approaches to organizational work which must be noticed here;

1)  Adventurism – This is manifest in an underestimations of the enemy, or an overestimation of oneself. One takes on more responsibilities than one is able to fulfill. One imagines one’s abilities to be far greater than they are in reality. One is unable to clearly understand or estimate the relative strength or weakness of the organization. One idealizes situations and believes them to be representative of a non-existent whole.

2) Defeatism – This is a product of the overestimation of the enemy. The militant does not give sufficient credit to the people one is working with and/or organizing. One is suspicious of them and does not value their work. One believes that one is powerless before the enemy or woefully incompetent. This can also be manifest in an attitude towards oneself.

3) Liberalism – This occurs when one gives more importance to the personal needs of an individual rather than the necessities of the organization. This is expressed in various forms;

1. Failure to note errors or to express disagreement in order to avoid problems

2. Failure to admit one’s own errors, and the adoption of deception, comfortable attitudes, or lies about the work.

3. The formulation and dissemination of criticisms behind the backs of others, substituting a political analysis with a personal attack.

The Process of Criticism and Self-Criticism All of these are expressed constantly in the errors of an organization They can only be resolved collectively, because they occur within a collective struggle to transform society. It is very important that one compañero correct the other, because if it is not corrected, the organization suffers as a whole:
1.It has a direct and immediate impact on the short and long-term development of the organization.

2. When the individual exerts leadership in the larger society that leadership will be affected not only by his own error, but by the organization’s failure to correct it. It will reflect on both. It is important to address the root of the problem before it becomes larger and entrenched. These problems must be fought constantly through the method of reflection and self-criticism in order to build the unity and capacity of the organization.

Reflection and self-criticism constitute a process by which the growth of the organization and its members is evaluated. Its weaknesses can be discovered and progress can be made towards correcting them. To recognize and eliminate a mistake is the goal of criticism and self-criticism. In order to achieve maximum effectiveness, the method should be applied with the following criteria. Criticisms should be:

Opportune – Mistakes should be pointed out immediately, before they can have the opportunity to grow, or become an example to others, or a permanent part of the organizational culture.

Political – Criticisms should be based on the repercussions mistakes have for the organization in its existence and its work.

Constructive – Criticisms should be made with the objective of improving the work of the organization and its members. Errors are not the only thing which should be pointed out, but concrete suggestions for their betterment should be made as well.

The process begins with self-criticism. The opportunity to expose one’s own errors among the group will inspire and build political trust. Good relationships among compañeros allow plans to move ahead rapidly. When this does not exist there is a tendency to look for someone to blame and for the organization to stagnate. Organizational relationships are sustained by more than one party so there must be collective interaction.

A self-criticism implies the recognition of the error, and simultaneously requires the willingness to correct it. If a self-criticism which is the same is made week after week, the method has become a confessional rather than a method of self-correction. Self-criticism should be relevant, sincere, and responsible. In other words, it must be followed up by a real change. It should be expressed with a commitment to correct it. Criticism must be objective, or based on concrete acts, not about “I felt” or “it seemed”. It should be serious, focused on errors which have consequences and not nitpicking on those who are learning or having difficulty overcoming a problem. It should be fraternal and free of personal attacks, epithets, mockery or laughter. The compañero who committed the error should be allowed to explain why it happened.

When one is criticized one can accept it without attempts to excuse or justify it. It should not be received as a personal attack, nor should one’s difficulty in accepting it overshadow the political significance of the criticism. One can also refuse to accept it and explain why it was not an error.

The purpose of this method is to prepare new men and women. Men and women capable of understanding the dynamics of power, and of constructing new human relationships which are not based on exploitation. It is intended to prepare leaders who are capable of following, workers who are as comfortable using a hammer as a pen and paper, inventors who can confront a problem, not with a sense of martyrdom but with a hunger for knowledge.

The development of cadres will allow the organization to implement its work plan within “new” human relationships. It will provide an example and prepare the next generation of leadership so that the banner is passed on in a manner which is true to its ideals and goals.

“A cadre is an individual who has achieved sufficient political development in order to be able to interpret the general political instructions which the organization develops.