The word “Prayer” and how it will be used on this site:

‘Prayer’
Acknowledging and engaging with the awareness that you are connected to everything— All Life, Creation, Universe, “God”. etc., for intentions such as healing, gratitude, clarity, or other similar life facilitating communions. Prayer can be performed in a myriad of ways such as singing, meditating, dancing, running, drawing, visualizing,  good deeds, just to name a handful. Your life itself is a prayer.

False rhetoric about how our Indigenous Ancestors didn’t pray or have spirituality is quite a popular lie that has been circulating on the internet world for some time now.  Many of these online sites spreading such lies are really just sharing rehashed versions of one initial Mexica organization who disregards Indigenous Spirituality all together.

There is Mexica spirituality. Spirituality is very “Nican Tlaca” / Indigenous and not exclusively a European concept as some neo-Mexica dogmatists would like you to believe. 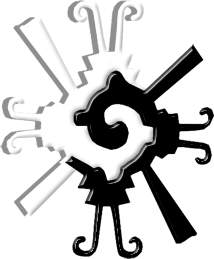 There is the material, knowable realm that is tangible and tactile to us via our physical senses. Then there is the reflection of that realm, the duality.. the non-material, unknowable, or spiritual realm that exists.

Duality is spoken of in the most basic understandings of Mexica-Tolteca worldview & science. You will find this duality in the understanding of Ometeotl as well as symbolized throughout almost all Mexica spiritual artwork and architecture.

Seems egotistically stubborn to not acknowledge that if there is a material/knowable/graspable/logical reality then, considering the most basic principles of Ometeotl, which are Duality and Complementary, logically there also exists the non-material/intangible/illogical reality.

The Ego and Spirituality

The Ego/Mind (self-importance) is not comfortable with the fact it cannot know everything and that its material/provable knowledge has limitations.  The Ego/Mind is not comfortable with the Unknown (Spiritual), which can be symbolized as being the Female side of Creator/Creation. This is also where we can reflect on how the ignorance to deny the spiritual (feminine, unknown,etc.) manifests in our world as negative traits. Some quick examples being the abusive patriarchal authority systems of the world and the mistreatment of Mother Earth. So you can see the importance of the need to acknowledge the Spiritual side of our lives.

As Indigenous people we are triggered and get defensive when hearing words that remind us of western religions, most notably Christianity. Understandably we meet any words, terms, or imagery that remind us of such religion with reluctance. Given (Western) Christianity’s track record with Indigenous peoples, the defensiveness displayed by Native folks is completely understandable.

However, one should be mindful of our Emotional Triggers and consider how that may block us from coherently addressing important subjects we may come across in our dialogues. So when others say God(s), Prayer, or Spirituality let’s put the ego away and really use our Creator given minds and hearts completely, so that we may  truly hear what the next human being is trying to communicate to us. 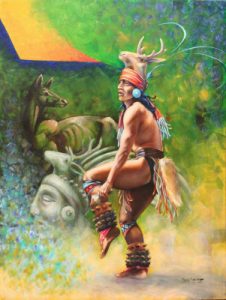 Most Mexican and other Brown people (so-called Latinos) have been indoctrinated into embracing the foreign Catholic-Christian religion. I feel it very important that even if people of Indigenous heritage now pertain to other cultures’ spiritual ways, it is important for them to understand and respect the spirituality of their Ancestors.

Just like your car has it’s specific “owners manual” so it is that Creator gave our Indigenous nations their own spiritual owners manual. If you were to find the owners manual of a Honda Civic in a Chevy truck you could still read it and find that it would be very useful in helping you with your vehicle.

However, the Honda’s owners manual would be missing a lot of important and unique information that won’t pertain to the Chevy truck.  I feel it is the same with our Indigenous Spiritual Worldview and Understandings. While other religions might help keep our “human vehicle” running, there are a lot of unique features of our spirituality that can help us access our full potential and uniqueness.

Some Differences between Native Worldview and European Christian Worldview

In respecting Indigenous spirituality we should be ok with understanding that there are some significant differences with our ways vs. that of European Christianity. Some quick things to note:

“Spirituality can be expressed as Acknowledging, Learning, Nurturing, Integrating, Communicating, and Moving in a conscious relationship with the intangible “Mover. ”  The Great Mystery- Creation Force of ‘all-life’. “ 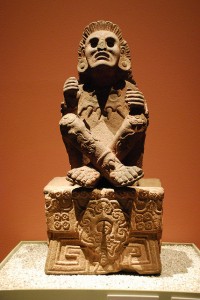 It is plain to see— as Brown people we were at our best, healthiest, and most  abundant  when all social structures (which were tied to ceremonies) were in place and motion. When I speak of health and abundance, I speak of Mental, Physical, Spiritual, and Emotional riches. These  priceless riches were nurtured and kept strong by these various types of ceremonies.

Spirituality is a direct supporter of successful and righteous oriented warrior campaigns. This is a bit aside from the focus of this post but it needs to be addressed real quick. Ignorance, intentional disconnect, and belittling of our Ancestral ways surely wasn’t  the mentality that has allowed us and our traditions to survive. In fact, the belittling of our spiritual ways is quite the racist and eurocentric way of thinking. Yet these self-proclaimed authorities of all things Mexica blatantly contradict themselves and do just that. These dudes be killin me.

I wonder if these neo-Mexica dogmatists who deny our Nican Tlaca ancestors their Spirituality ever stopped to focus their thoughts and find some type of connection with the All Encompassing Living Scientific Universe from which they are a part?  Have they not used their own “Scientific Observation” and realized when one focuses their Thoughts or Visions that the manifesting of those visions start to drip into realization?

Pretty obvious these dogmatists have very little experience and exposure to authentic ceremonies and non-material wisdom. Perhaps it’s due to rigid hearts and closed minds.

Mexica Dogmatists also say things like: “Our Ancestors were scientific, not spiritual.”

There’s some science for that ass. Pretty easy to “scientifically observe” I would think.

Prayer and Ceremony is the cornerstone of Native-Indigenous ways, and Spirituality is very much “Nican Tlaca.”  Don’t let these dogmatic neo-Mexicas tell you otherwise.

People all over the world pray or do ceremony in a myriad of ways. Disrespecting (mocking, disrupting, belittling, etc.) another’s style or denying them their right to Prayer makes one no better than the “Eurocentrics” that they claim to be against.

Keep it real.  Don’t be a fake Mexica sucka and get your Prayer & Spirituality on homie.